Salem here.
Because Mommy is a lazy wench busy with other things this week she's trolling the archives instead of taking new pictures of us for some fun posts.  You may notice we have carpeting in these photos...that means they're over six months old!

Cod, what a slacker. 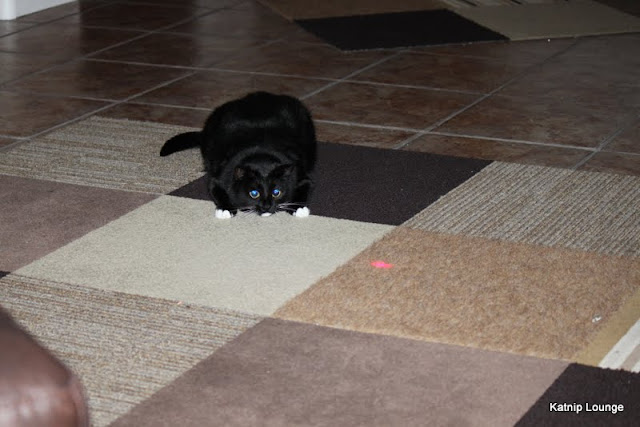 So here I was, minding my Catly business, when the Red Enticing Yet Elusive Dot (REYED) appeared.
I got majorly googly-eyed! 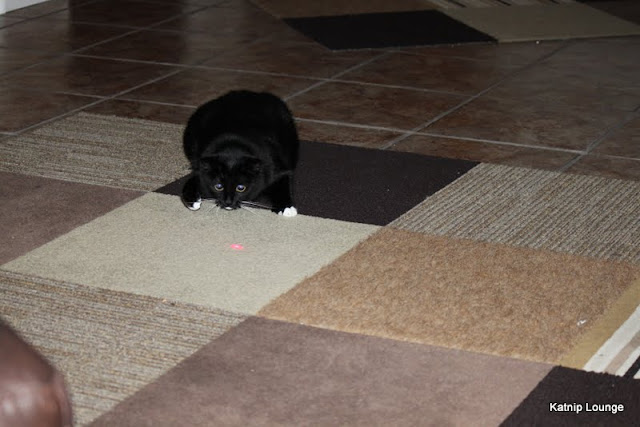 I waited, paw curled, for REYED to come within range. 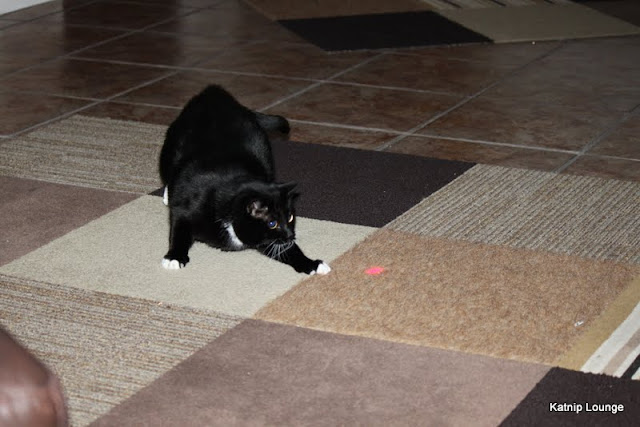 BLAST!!!
REYED hung a louie and I was forced to lunge for it. 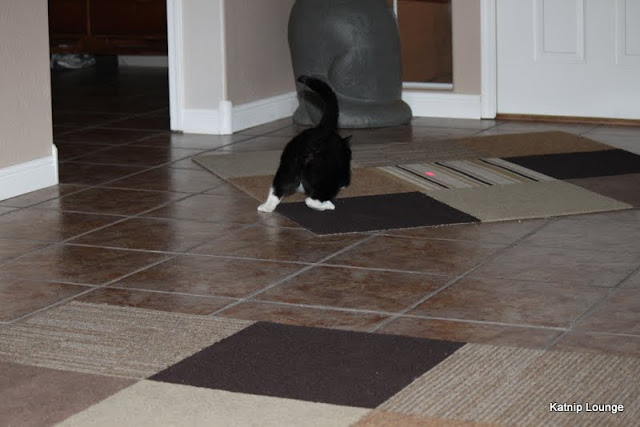 Holy Mackerel!
REYED took off in an entirely different direction so I scampered like a squirrel on speed to catch it. 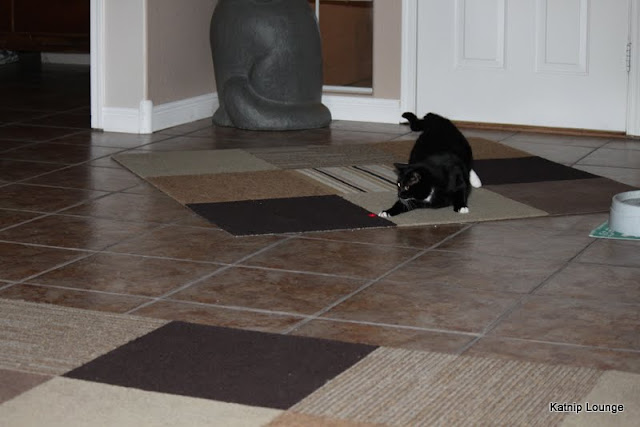 I almost caught it. 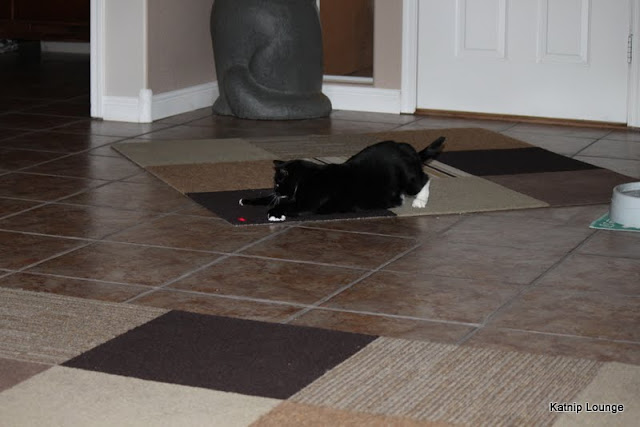 Yes.
REYED, you are toast!
Prepare to die. 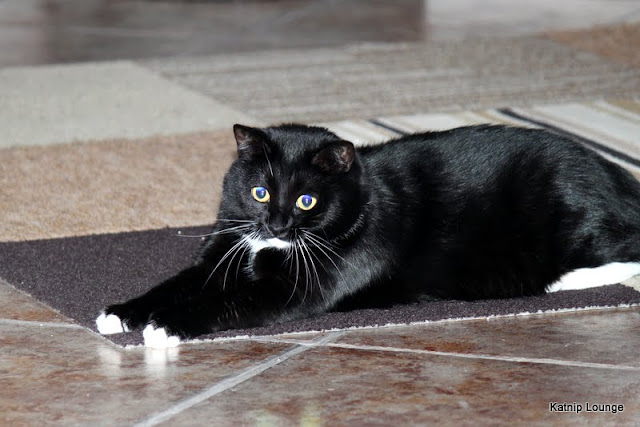