A Walk on the Wild Side

I ever-so-(NOT)-cleverly uploaded a bunch of photos of the Horde to Picasa before I left for work to utilize as blog fodder, which turned out to be an epic FAIL...I obviously didn't do it right because when I went to use them they weren't there!

I know what I did wrong, though...it won't happen again, I promise.
::crosses fingers behind back::

Anyway, thank Cod I went for a tramp down to the wash Monday morning and took some pictures on my phone, because now at least I have something to show ya'll, even if it isn't kitty kats. 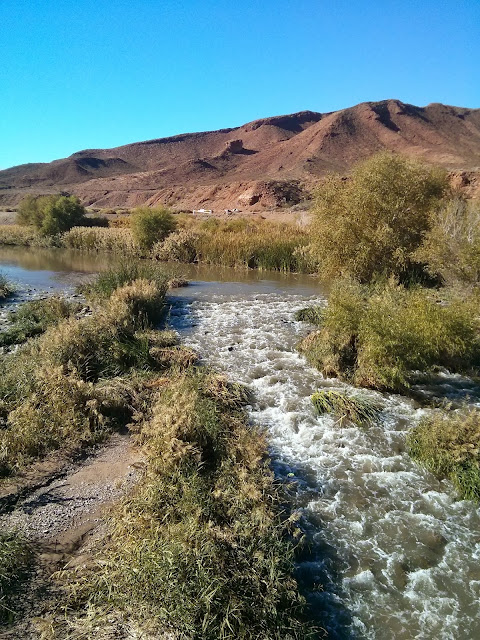 After all the rain we had I figured the wash would be really flowing, and it was.  Before all the weirs were built and the banks revegetated with native plants the water rocketed down the channel, gouging out a small canyon and depositing literally tons of silt into Lake Mead. 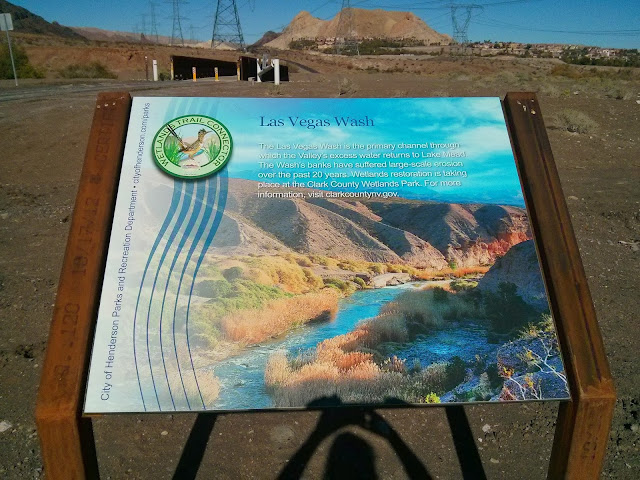 Most of the work has been designed and executed by my employer, Las Vegas Valley Water District.  LVVWD is a subsidiary (sort of) of Clark County, and of course it's in the Water District's best interest to maintain our source water in the best possible condition.  If you're interested in learning more here's a couple of links: 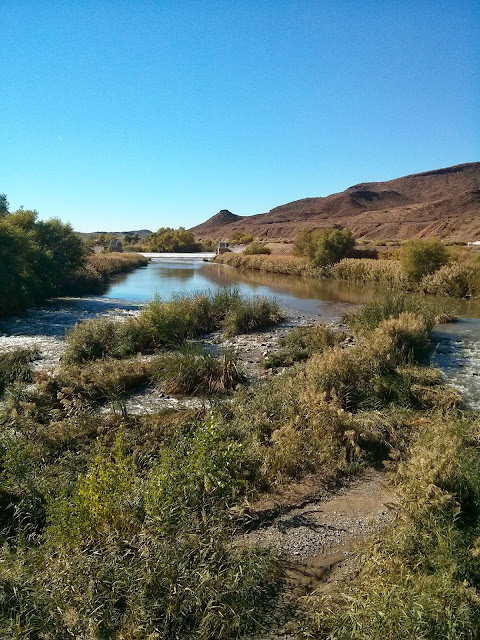 You can see one of the weirs in the background and the pond it forms from the slowed down stream in front.  A fun fact about the weirs and rip-rap boulders in the wash--most of them are made out of the concrete rubble from demo'ed casinos!  There are huge piles along the wash, waiting to be used, and sometimes you can figure out which casino they are from by the gaudy color schemes. 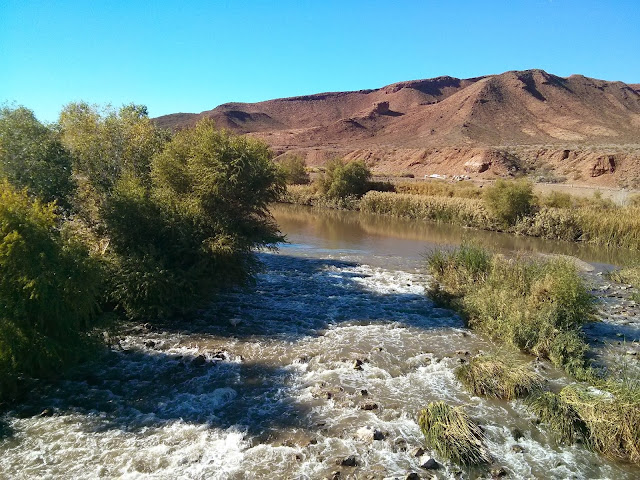 In fact, you can see some trucks and earth-moving equipment across the stream.  The last time I biked over there I was amazed at how big this project is going to be when it's finally done; easily hundreds of acres, maybe more.  Something to investigate...and photograph.  I'll keep you posted.