We Interrupt this Broadcast...

...For an Important Weather Bulletin!

We had a record-breaking rainfall Thursday here in the desert--1.10" (28cm) in under two hours--and it caused quite a bit of damage; thankfully across the street and not at our house.  Although the poor park took quite a hit.  It's situated on the edge of the wash, into which the valley of the mountains up the road from our house funnel all their runoff.

The peeps were having an afternoon coffee on the Catio around 3 PM when it got suddenly DARK and...Holy COD...the rain started coming down in torrents, with the lightening cracks that were so close both of 'em were squealing like little girls and sent us under the beds.  It came so fast the ground couldn't absorb much of it, so this happened:

The thunderclaps were so loud they set off the car alarm!

Traffic was just crawling on the highway at the intersection at the top of the street so when the rain let up a little they drove up to see what was going on:

The highway was covered in basketball-sized boulders washed down from the rain and cars were having to navigate around them.  The rain quit about 5 PM, and shortly afterwards there were City crews out with heavy equipment cleaning the pavement; they worked until past midnight to make it passable.

The next day Daddy went over to the park to check out the damage. 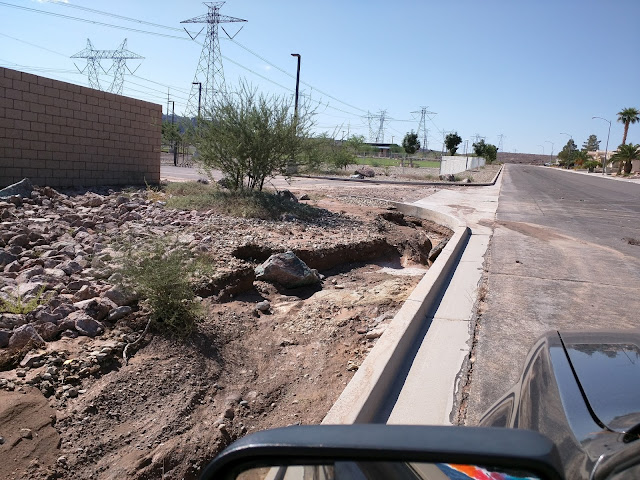 This is the entrance by our house.  The water overtopped the curb! 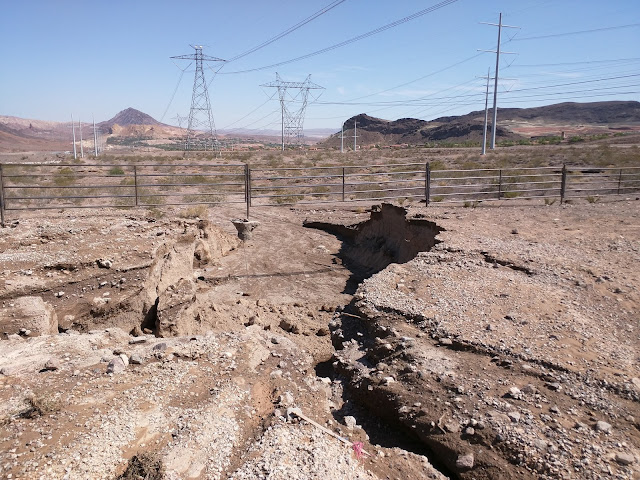 The horse gate leading into the desert.  It should be flat. 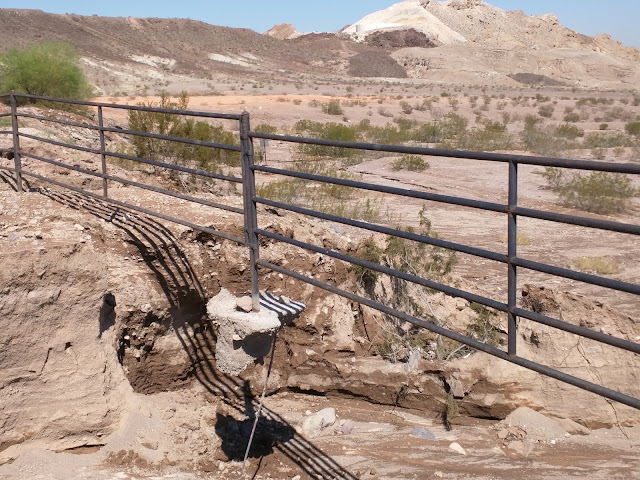 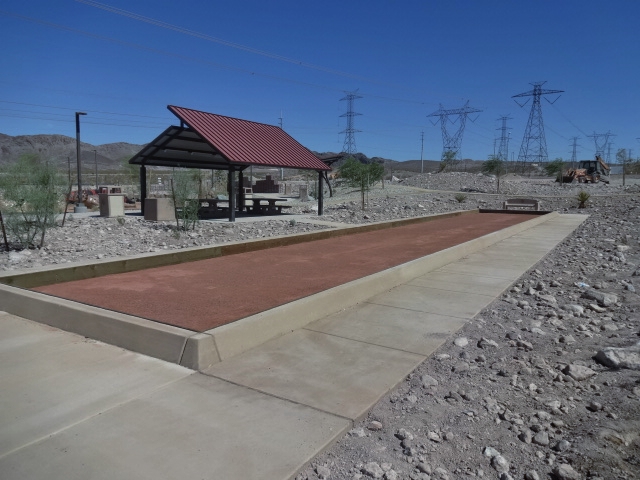 This is the Bocce ball court pre-flood. 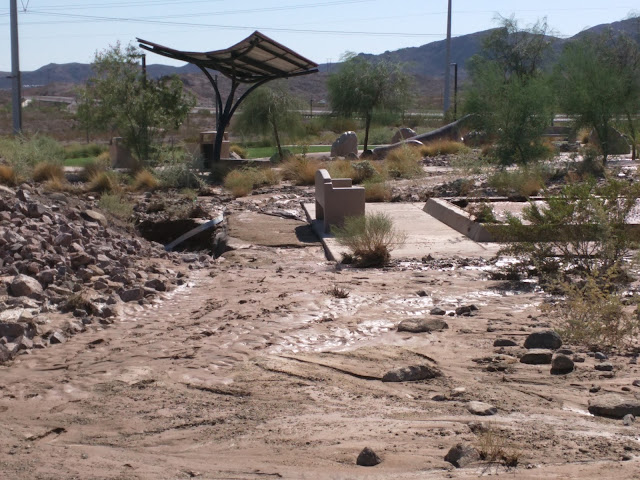 This is the North end now... 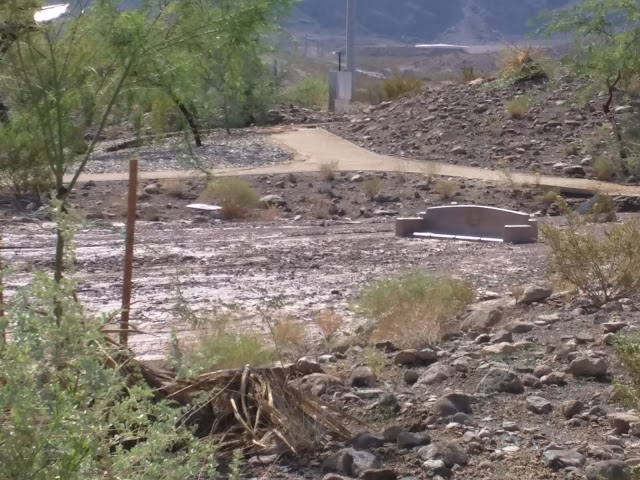 ...and this is the bench that's on the far right of the "before" photo!
It's literally TONS of mud, and the clean-up crews have already begun working, but it's going to be a while before things are back to normal, the entire park's been inundated with mud.

Mommy is planning a hike on her days off to scope out the hills on the other side of the highway to see what she can see...all that dirt had to come from somewhere...we know where it is NOW!

So, that was our exciting Thursday afternoon.
Which is more than enough for a while...