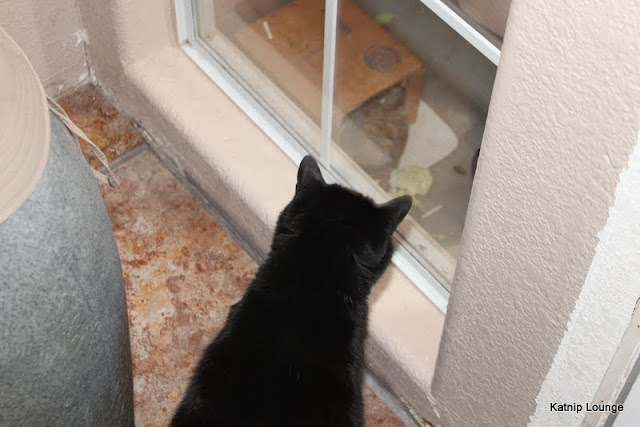 Do you see what I see?
It's a Desert Tortoise! 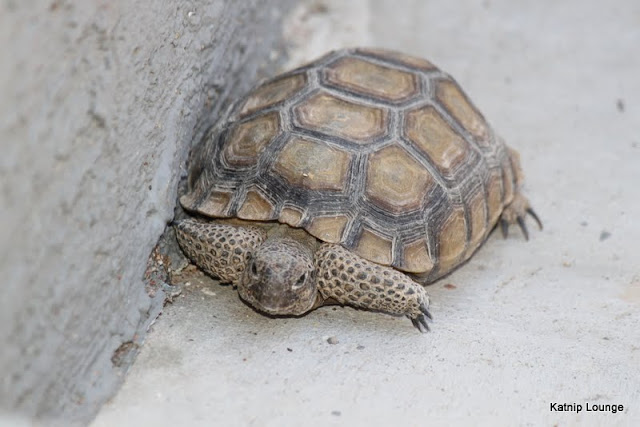 Daddy was taking the trash out on Sunday and saw what he thought was a pine cone--the fir tree next door makes big honkin' pine cones--but this "pine cone" was moving!
Slowly.
Well, Daddy ran for the camera and the phone, and he called Mommy right away.  Desert tortoises are an endangered species here in the Mojave Desert, and believe it or not Mommy has had a Tortoise Training class sponsored by her employer!  So she knew a couple of phone numbers to call, as well as a pamphlet on what to do. 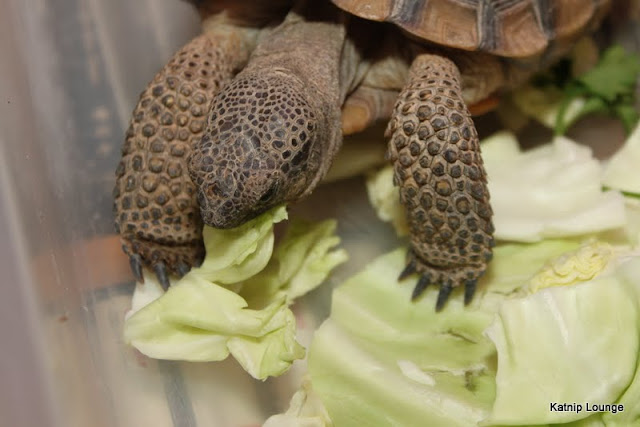 Daddy put the Tortoise in a tub, and offered him some cabbage, basil and parsley to eat.  He loved the cabbage, he ate two entire leaves, plus some basil.

Daddy decided to call him Ted the Tortoise.  It was OK to name him because he knew that Ted couldn't stay. 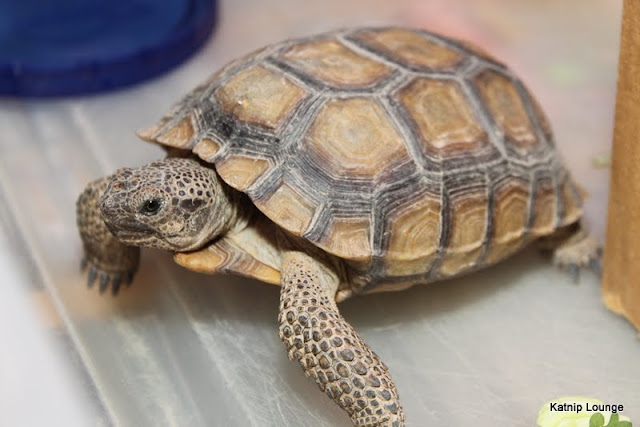 Ted HISSED when Daddy picked him up!  He was pretty loud, and he did some weird grunting, too. 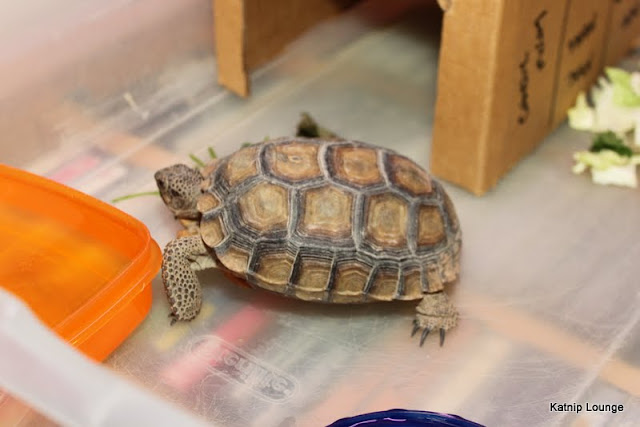 Ted also peed when Daddy moved him, but he was expecting that; tortoises pee when they are frightened and the subsequent dehydration can kill them.* 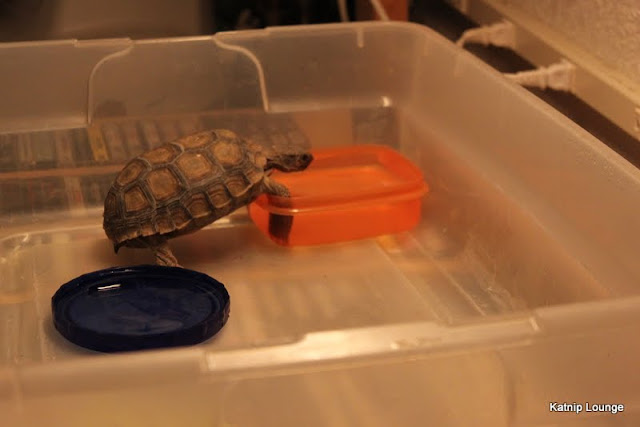 So Ted had a tub of water waiting for him. 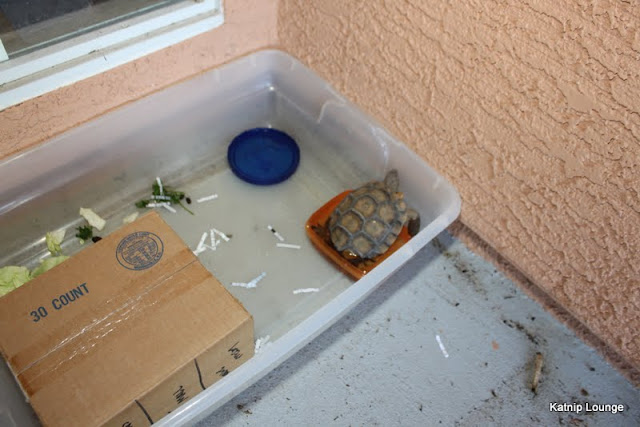 He had a nice drink and a soak. 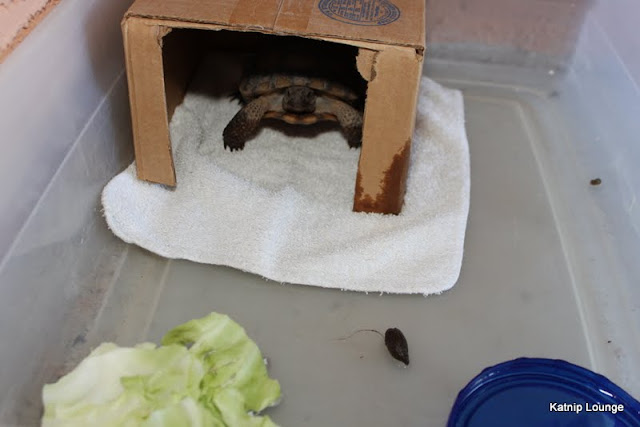 And he pooped!
Then he ambled into his little hut for a rest. 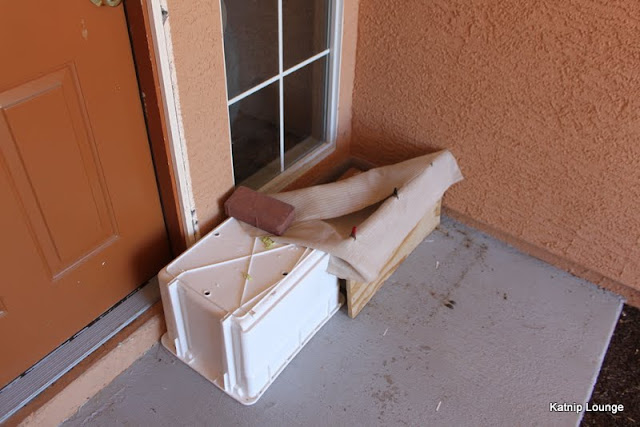 Ted stayed in his deluxe accommodations overnight, until the Tortoise Rescue arrived. 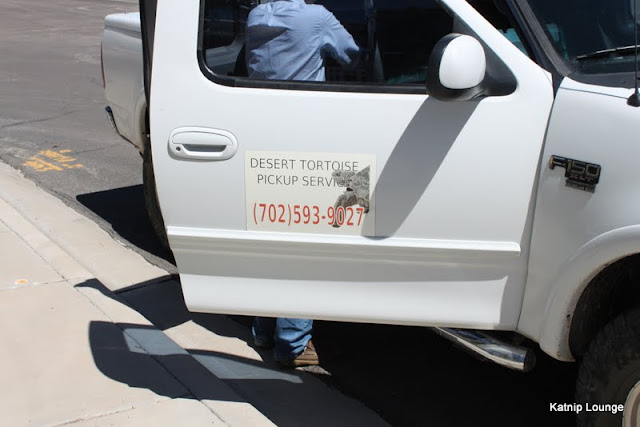 We figure Ted must have washed out of the desert last week when we had such heavy rain.  When Mommy talked to the tortoise dude (official title) he said they usually get quite a few calls during the monsoon season. 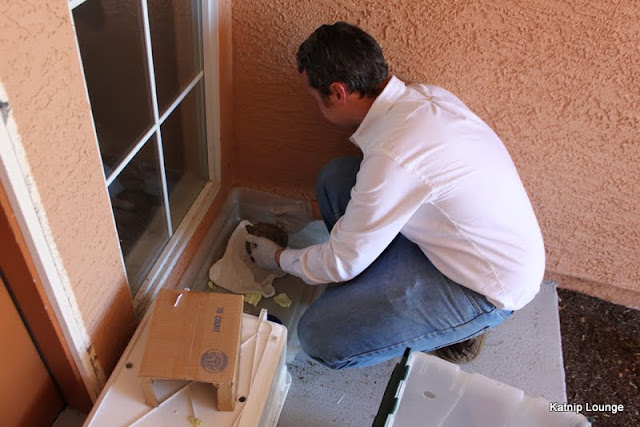 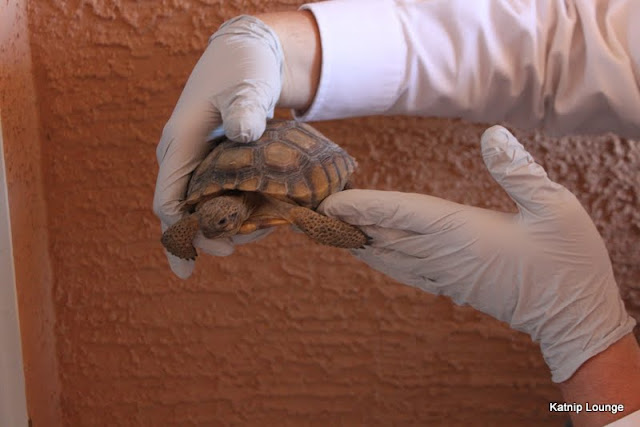 He estimated that Ted was probably 3 or four years old, and was too young to determine if he was a "Ted" or "Teddette". 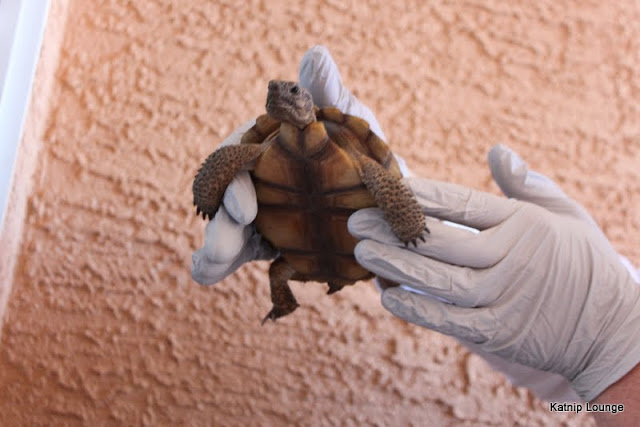 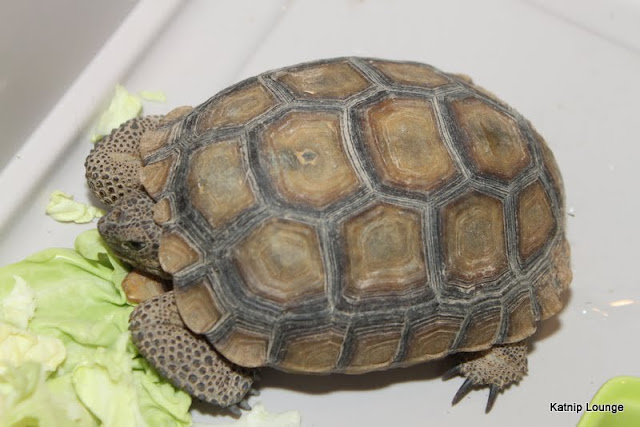 It was fun to meet you!

*Mommy made rude remarks about "hissin' and pissin'".  Her sense of humor is Neanderthalic.
Posted by Katnip Lounge at 12:00 AM