Feligs here, and I hab a teddible code in by head. 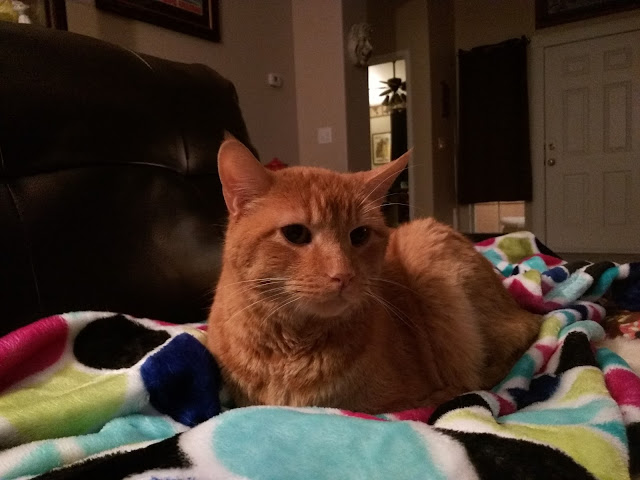 Bommy is gibink be vile bedicine so I cad beel bedder. 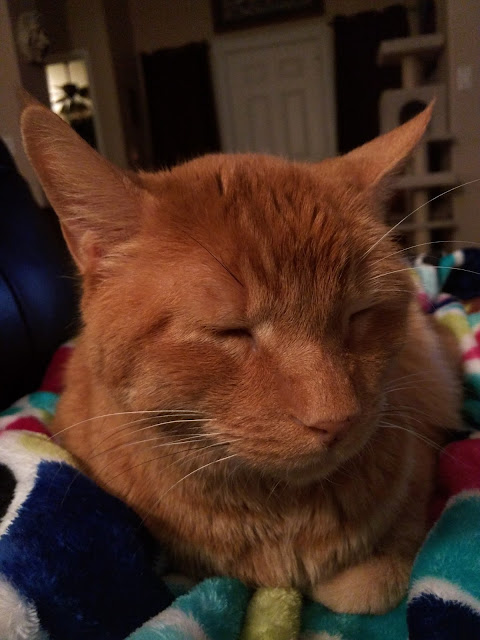 Dow I need a nab.

Mommy:  Yes, Johnson's URI was good enough to share--poor Felix started gulping and snot-spewing Thursday evening.  Poor lad is sick as a dog...nokitty does miserable quite like him.  He's on the same antibiotic I gave John (it took about 36 hours before we saw any improvement) so hopefully by Saturday evening he'll be feeling a whole lot better.  What with Kona's passing, the flu that both Scott and I had, allergies, and sick kitties, I'm about at my wit's end here.  Enough, already.

XX  Feligs and Bommy  XX
Posted by Katnip Lounge at 12:00 AM